The story behind the title:  In the mid 1800’s an organization called the Salon de Paris controlled the Paris art scene.  Each year it held a juried show that accepted mostly artists that adhered to its established standards. When in 1863 it rejected a work by Manet, the public strongly objected.  Emperor Napleon III degreed that the public should be allowed to judge for themselves, and the “Salon des Refuses” was formed. The show not only included Manet’s “Luncheon on the Grass”, but also several of the works by the now famous Impressionists.

What you can expect in the VAS Salon de Refuses Gallery Show
Artworks that artists have had works from any other juried show.  Most artists who enter competitive shows will sooner or later have some works, even some very good works rejected.  All judges, no matter how good they are, have biases.  We asked that our artists bring those formerly rejected pieces to this gallery show.

For those artists who have never had works rejected from a show:  No one is refused.  So artists were invited to bring even favorite pieces to display. This is an inclusive show!

The VAS Gallery is located in the Village Green Shopping Center at the corner of Maple Ave and Nutley.  This venue hosts small two month solo shows as well as a variety of additional work by other participating artists.  For more information please contact Jan Burns  or Ruth Ensley.   Next Show Change: Sunday, June 2, 2019, 1:00pm.  To enter please contact Ruth Ensley at rensleyart@verizon.net. to pre-register no later than Wednesday, May 29, 2019. 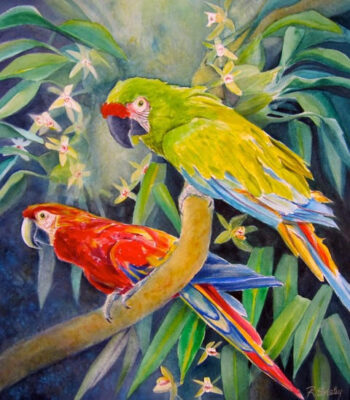